One of Mr. Benton’s first actions as Director of Selective Service System was to have an “All Hands” meeting with all employees to introduce himself and to thank everyone for the warm SSS welcome that he received. He told the employees that he was honored and humbled to be the agency’s new Director and stressed the importance of the Selective Service’s role in national preparedness. He explained that as a Boy Scout Leader he takes the Boy Scout Motto seriously and applies it to everything he does……BE PREPARED. He went on to say that as a team, SSS will be working hard to make sure the agency is better prepared than ever before and to do our duty if we are called upon to do so. 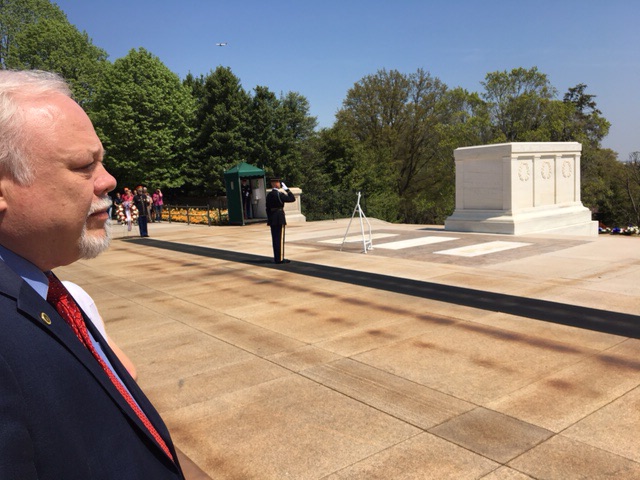 Mr. Benton’s first official act as Selective Service Director was to make a special visit to the Tomb of the Unknown Soldier at Arlington National Cemetery. It was very important to him to honor all the men and women who have served our country and especially those that made the ultimate sacrifice for the freedoms we cherish today.

Mr. Benton met Vietnam veteran Mr. Bock while visiting the Vietnam Memorial in Washington, DC. Mr. Bock told the Director, “The Selective Service System saved my life. I was drafted and the military helped me overcome ill health and gave me an opportunity for a better future.” 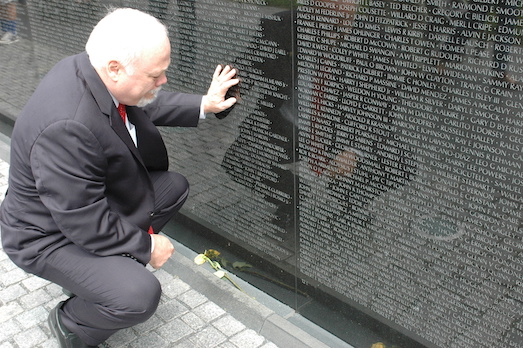 Director Benton has a moment of reflection as he finds the names of friends.