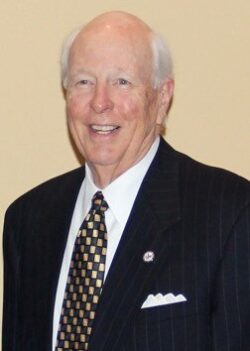 Benton described Host as a consummate professional, energetic and committed to serve Florida and the nation. In addition, Host continues to give back to veterans through the Florida Veterans Hall of Fame Society and other veterans’ activities.

“I am truly honored to serve as the Florida State Director for the Selective Service System,” Host said. “I look forward to enhancing registration, local board membership and readiness programs. This is a critical mission and registration provides numerous state and federal benefits to individuals who register, as well as to the nation.”

Host is a graduate of the National War College at Fort McNair, Virginia. He has a Master’s Degree in International Affairs from George Washington University in Washington, D.C. His military career has spanned more than 22 years in the U.S. Air Force. In his civilian career, Host is a former Leon County Commissioner, founder of the Florida Veterans’ Hall of Fame and founder and president of the Florida Veterans’ Hall of Fame Society, Inc.

Host lives in Tallahassee with his wife, Sandra. They have two daughters and five grandchildren.