Due to the COVID-19 outbreak, the SSS has been placed in telework status. Please note that we are experiencing longer wait times with the Call Center and mail processing. Online Registration and Verification are available 24/7. View our news section for more information.

The Minnesota Historical Center in St. Paul recently unveiled their new World War I (WWI) Exhibit. One of the highlights of the exhibit is the original Draft Lottery Bowl used during WWI draft lotteries. Mr. Adam J. Copp, Acting Deputy Director, accompanied by Mr. Brian McHugh, Public Affairs Specialist, were in attendance for the opening. Mr. Copp addressed the audience and discussed the important significance of the Draft Bowl. He explained that the first draft drawing took place July 20, 1917 in the public hearing room of the Senate Office Building. Three lotteries were held during WWI, totaling nearly 2.8 million American inductees into the Armed Services. WWI was considered to be “the war to end all wars” and at the end of the United States involvement in the war, there were over 300,000 U.S. casualties.

During his visit, Mr. Copp and MN State Director Bill Barbknchet had a chance to meet with Maj. Gen Larry Shellito, Ret., MN Commissioner of Veteran Affairs; Maj. Gen. Richard Nash, MN Adjutant General-Commander of the State’s Military Forces; and Brig. Gen. Jon Jansen, Commander of the 34th INF Division. Mr. Copp and Mr. Barbknecht explained Selective Service’s mission both in peace time and in the event of a mobilization; and some of the agency’s current challenges. Other areas discussed included Minnesota’s registration compliance and Local Board Member vacancies. The main message conveyed to these influential state leaders was the important role that Selective Service plays in keeping the nation prepared for an uncertain tomorrow. 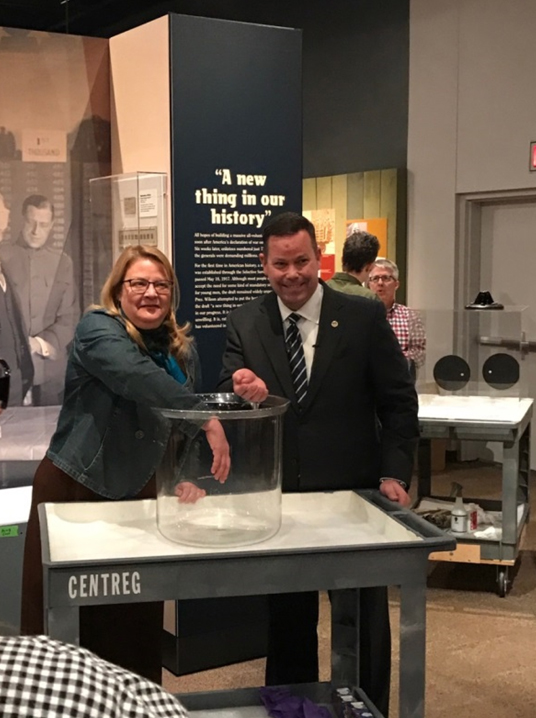 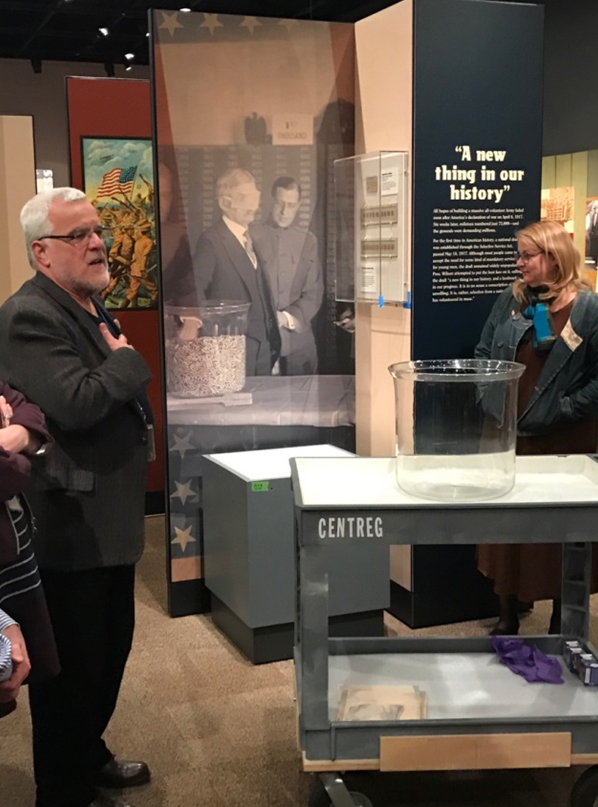 Brian of MHC and Kristen Froehlich of PHM. 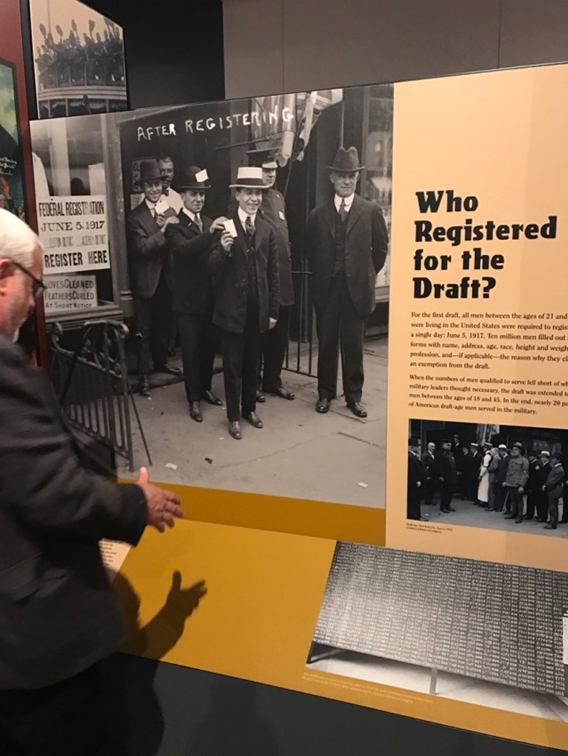