Featured Board Member of the Month – September 2019

Featured Board Member of the Month – September 2019 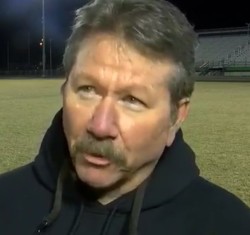 Matthew Medina has been a Selective Service local board member for nearly three years. He stated, “It is an honor to be nominated as a featured board member of the month.” A graduate from the University of Arizona, Mr. Medina is currently employed at Dun & Bradstreet as a contact center leader in Tucson, AZ. He was awarded the 2017 Gold Stevie Award for the National Contact Center Manager of the Year. His father served in the Air Force, and his family lived in Taiwan, Dominican Republic, Panama, and Argentina. They also lived at Eglin AFB in Florida and England AFB in Louisiana. Coaching soccer is a passion of Mr. Medina’s. He is the Boys’ Varsity Soccer Coach at Amphitheater High School. In addition to coaching, Mr. Medina and his wife are avid pickleball players and recommends, “Try it out! It is a fast-growing sport that is addictive!” He is married to his wife, Jeannie, for 38 years with two great daughters and two awesome sons-in-law and six, soon to be seven, grandchildren.