Are Draft Cards Being Issued?

No, but Registration Acknowledgement cards are.

Registration Acknowledgement cards are being issued, but these are unrelated to a draft. The last time a man was drafted was in 1973. It would require an act of Congress to reinstate the draft.

Most Americans over the age of 30 remember the “draft card” which Selective Service issued to each man at the time he registered. For many years there were in fact two cards: the Registration Certificate and the Notice of Classification. When Selective Service began to store records on computer tapes in the early 1970s, the two cards were combined into one computer-generated Status Card. At no time was the card officially titled “draft card,” but it was by this colloquial name that the proof of registration was usually known.

Selective Service regulations previously required each registrant to have his card in his possession at all times. This requirement was removed from the regulations in late 1974, shortly before registration was suspended, and it has not been re-instituted.

When registration was resumed in 1980, the matter of issuing some type of “draft card” was carefully studied. Based on previous experience, the decision was made to issue a Registration Acknowledgment to registrants as evidence of their registration and not to require that the proof of registration be carried.

It became evident that many registrants might need proof of registration in a form which was convenient to carry once certain benefits were linked to registration. This included: 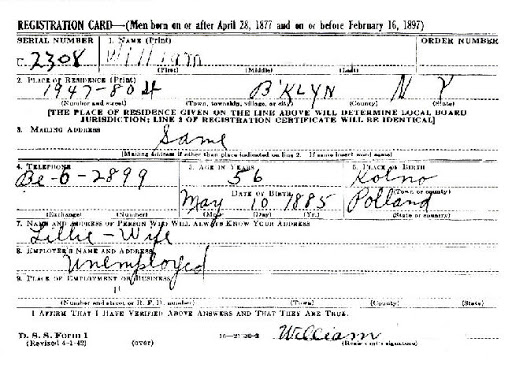 Therefore, the Registration Acknowledgment was modified in 1983 so that all personal information about the registrant would be printed in a wallet-size box. Registrants may detach and carry it in their wallet if they wish, but they are not required to do so.

When the new version of the Registration Acknowledgment came into use, there were some allegations that the issuance of cards was the first step toward a resumption of the draft. That is not so. The card is simply for the convenience of the registrant. It is important to keep in mind that only Congress can authorize a draft – regardless of whether or not some form of card is being issued. Nothing in the law, regulations or operating procedures makes the issuance of cards a preliminary step in the resumption of induction authority.